Within the last 40 years, the devastating consequences of relying of fossil fuels for our energy needs has become apparent.

Consequently, many alternative forms of energy have been explored, most prominently being solar energy.

​Solar energy relies on the usage of solar panels lined with photovoltaic (PV) cells to capture the energy from the sun and convert it into electricity. These panels are usually situated on the roof of a building and can generate sufficient energy to meet all of a building’s energy needs.

In this article, we discuss SolarWorld, a company that specializes in manufacturing solar panels. First, we give a brief overview of SolarWorld before discussing some of the products they sell. Then, we analyze the benefits of their approach to solar panels as compared to other companies that manufacture solar panels. Finally, we offer our thoughts on the future of SolarWorld.

A Brief Overview of SolarWorld

SolarWorld is headquartered in Hillsboro, Oregon and is a company that is dedicated exclusively to solar energy.

This manifests in two ways. First, the company operates the equivalent of four solar power plants at its 100-acre space in Oregon. This allows SolarWorld to provide solar energy to meet the needs of customers throughout the US, Canada, and Latin America.

Furthermore, SolarWorld specializes in making solar panels that any building can use. This includes any home as well as larger buildings used for commercial purposes. SolarWorld also provides their solar panels for use in government buildings.

SolarWorld appropriates the installation of their solar panels to local installers, whom they train extensively. SolarWorld operates a partner program that offers two main designations for installers – either Authorized Installer or Platinum Installer.

SolarWorld has been working in the solar energy industry since 1975. Their founder, Bill Yerkes, is notable for innovating much of the technology that is used in all modern solar panels.

SolarWorld is considered one of the oldest companies in the solar panel industry, making them very trustworthy. All of their products are durable and efficient, and their customer service is top-notch. They even offer a 25-year warranty on their solar panels.

​An Overview of SolarWorld’s Products

The frames that are used on each solar panel are designed to withstand inclement weather like snow, making them perfect for most moderate locations. 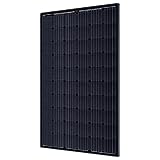 The Sunmodule Plus solar panels are available in an all-black style or a white backsheet style. The former is a sleeker option while the latter is a more powerful solar panel.

The Sunmodule XL solar panels are only available in one white backsheet style and are 30 percent more efficient than the Sunmodule Plus solar panels. Also, longer string lengths are possible with these solar panels, making installation costs lower.

​The Benefits of SolarWorld’s Approach

​SolarWorld’s solar panels are unique in that they offer two distinct options for customers. Many solar panel companies only offer one kind of panel even though every homeowner and home is different.

In this sense, SolarWorld empowers the customer when it comes to renovating their home.

Even further, SolarWorld offers two options within the Sunmodule Plus model, allowing customers to even control the aesthetic of their solar panel. Some customers might be attracted to the white backsheet model, while other customers might prefer a more minimal, dark look.

Since SolarWorld has created two different sized solar panels, this means that all kinds of customers can benefit from their products.

Many businesses, for example, take advantage of the Sunmodule XL solar panels since they are larger, more efficient, and provide savings during installation due to their unique design. These features would be ideal for a business looking to revamp its approach to energy, perhaps to support the environment and save money.

On the other hand, many families are on a tight budget and only want to start off with a single solar panel. Even though solar panels actually save you money in the long term, some families don’t have the up-front capital or are dogmatically against accepting solar energy. In these cases, these customers might benefit from a single solar panel to test the waters, and SolarWorld can provide this with their basic Sunmodule Plus model.

It might seem insignificant, but even though solar panels are good for the environment and save you money, many customers are hesitant to upgrade. In this sense, it’s critical that solar panel manufacturers be as approachable as possible in their marketing approach. This means providing simple options to customers, as well as copious information regarding solar energy more generally.

SolarWorld accomplishes all of this with their streamlined website full of facts, figures, and diagrams. SolarWorld is not only devoted to manufacturing efficient solar panels, but also educating people regarding their maintenance, technology, and the environmental advantages they foster. This shows that they are not focused purely on profit, but also want to disperse information to better the world.

This is an important quality considering how much controversy and drama exist within the energy industry. Sometimes it’s not clear if some energy companies simply want to watch the world burn while they get rich, so it’s refreshing to encounter a company like SolarWorld.

​Our Final Thoughts on The Future of SolarWorld

SolarWorld was recently acquired by the company SunPower, which plans to invest significant capital in SolarWorld’s facilities in Oregon.

This means that some changes are on the horizon for SolarWorld. SunPower has expressed that SolarWorld will continue to manufacture many of their legacy products, though they will also start making SunPower’s P-series solar panels.

We think this acquisition has pros and cons. On one hand, it means that SolarWorld will have more money available to develop its technology. On the other hand, it’s not clear how SolarWorld’s priorities will change in the future. Their product lineup could change significantly, making their brand seem like a precarious investment right now.

We think if you’re considering the purchase of a solar panel, then you should be patient for the moment. Some recent shake-ups in the energy industry might affect the market for solar panels indefinitely. It might be best to wait several months or a year to discover whether SolarWorld’s commitment to excellence will be compromised in anyway by their fusion with SunPower.

In another vein, this acquisition can really only be seen as a positive thing. We think that any kind of collaboration concerning renewable energy is desirable in today’s world due to our overreliance on fossil fuels.

SunPower is owned by Total, a French multinational company that is considered one of the seven major oil companies in the world.

We hope Total’s acquisition of SunPower in 2011 and current acquisition of SolarWorld represents a permanent investment in renewable energy. While we don’t usually promote multinational corporations, we think Total’s environmental consciousness might allow them to eventually overpower other oil and gas companies.

​The Future of Solar Energy

We think that solar energy will continue to increase in popularity in the future through the market for solar panels.

While SolarWorld’s future in the energy industry is slightly precarious at the moment, we think their wisdom and expertise ultimately make them an indispensable resource for anyone looking to invest in renewable energy. SolarWorld has been pioneering solar panels since they first rose in popularity in the 1970’s, and they are unlikely to stop anytime soon.

Some modern solar panel companies offer extended warranties that exceed the amount of time the company has even been working in the industry. Many solar panel companies began in the 2000’s, making them less than 15 years old. While this doesn’t mean their products are inferior, it does mean that buying their products entails more risk than going with a company like SolarWorld, which has a proven track record.

In this sense, we think SolarWorld will lead the movement towards solar energy in the future, ushering in a new era of sustainability and peace.

We hope they remain as passionately American as possible despite their international ownership. We think the US needs to reinvent itself according to sustainable values, and supporting American solar panel companies is one approach to this.

Thus, we think solar energy will play a critical role in the future identity of the US. The federal government already offers a solar tax credit for homeowners or businesses that want to invest in this technology. Furthermore, many states, cities, and utility companies offer all kinds of rebates and loans to lure customers into this new industry.

We think it’s only a matter of time before solar panels are the norm rather than an anomaly.

Tesla Solar Roof: Everything You Want to Know

Everything You Wanted to Know About Prefab Cabins